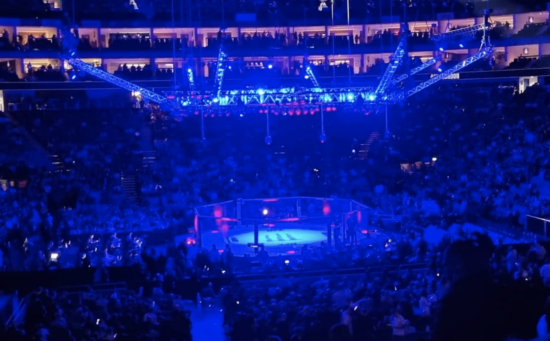 Robert Whittaker vs Paulo Costa confirmed for UFC 284.Whittaker will fight Costa in front of his crowd in Perth.Check out our Whittaker vs Costa preview for Vegas odds and picks!

On February 12, 2023, the UFC will have its first event in Australia since UFC 243: Whittaker vs Adesanya, which took place in October 2019. Once again, Robert Whittaker will go inside the octagon, but this time, his opponent will be Paulo Costa.

The two are supposed to fight a middleweight bout at UFC 284, which could serve as a title eliminator fight. Knowing this, it’s only logical to assume that Whittaker vs Costa is going to be a real banger.

Whittaker Dreaming of Another Title Fight

Robert “The Reaper” Whittaker is a former interim champion in the UFC Middleweight division who had two title fights, both against Israel Adesanya. Unfortunately for Whittaker, he lost both of them.

Nevertheless, with a 24-6 professional record, he’s ranked first in the UFC Middleweight Rankings, which makes him a great choice for another title fight. But in order to get another crack at Izzy, Whittaker needs to beat Paulo Costa first.

So, the big question is can he pull it off? Vegas odds are in his favor, the no.1 reason being that he’s got a breathtaking portfolio. So far in his 10+ years-long UFC career, he’s defeated three fighters from the current top 5 in the divisional rankings.

Paulo Costa Knows How to Brawl

Both fighters feel natural in the middleweight division, but both have ventured into other weight classes. Whittaker started his MMA career as a welterweight fighter, moving up a division in 2014. Costa, on the other hand, tried himself in the light heavyweight division in 2021. His LH adventure didn’t go as planned – he lost to Marvin Vettori by unanimous decision.

After the loss, he returned to 185 lb, beating Luke Rockhold by unanimous decision upon his comeback. The fight was crowned with the Fight of the Night award by the UFC. It really was a vintage fight, with both fighters throwing heavy punches at one another throughout all 15 minutes.

The fight showed what Costa is all about. He’s the kind of fighter who has no problem giving his utmost in every fight. He likes to brawl and is not afraid of getting punched hard. In most cases, this strategy worked out for him.

He is 14-2 in his professional career with 11 wins by knockout/technical knockout. What’s interesting is that eight of those KO/TKO wins happened in Round 1.

Paulo Costa likes to throw himself at his opponent straight away, aiming for an early finish. Robert Whittaker, on the other hand, prefers a more meticulous approach. The evidence of this is that each of Whittaker’s previous six wins happened by decision. If he’s going to win at UFC 284, he’s going to do it this way again.