Conor McGregor provides a major update on his return to the UFC! The former UFC double champ claims he will be back in the Octagon in early 2023.

The Notorious One is currently filming his debut Hollywood movie, Road House. However, he is not completely disconnected from the world of MMA. He recently did an Instagram live session where he addressed many questions. Firstly, Conor spoke about the 15-hour shooting schedule every day and how taxing it is on his body and he can not wait to get back to training.

Former UFC title contender Yoel Romero also joined Conor during the session. The 34-year-old looked to be in a much bigger frame than before. It prompted Conor to flex his muscle and claim that he weighed about 265lbs. As fans know, It is the heavyweight limit. So the question arises, is the Dublin native officially moving away from the 155lbs division?

Islam Makhachev recently ascended to the lightweight throne. He beat Charles Oliveira in a dominant performance, as he submitted Do Bronx in the second round of their main event bout at UFC 280. Conor addressed it in a deleted tweet and claimed he can beat the Dagestani wrestler. However, if he really weighs 265lbs, can he make the lightweight limit anymore? 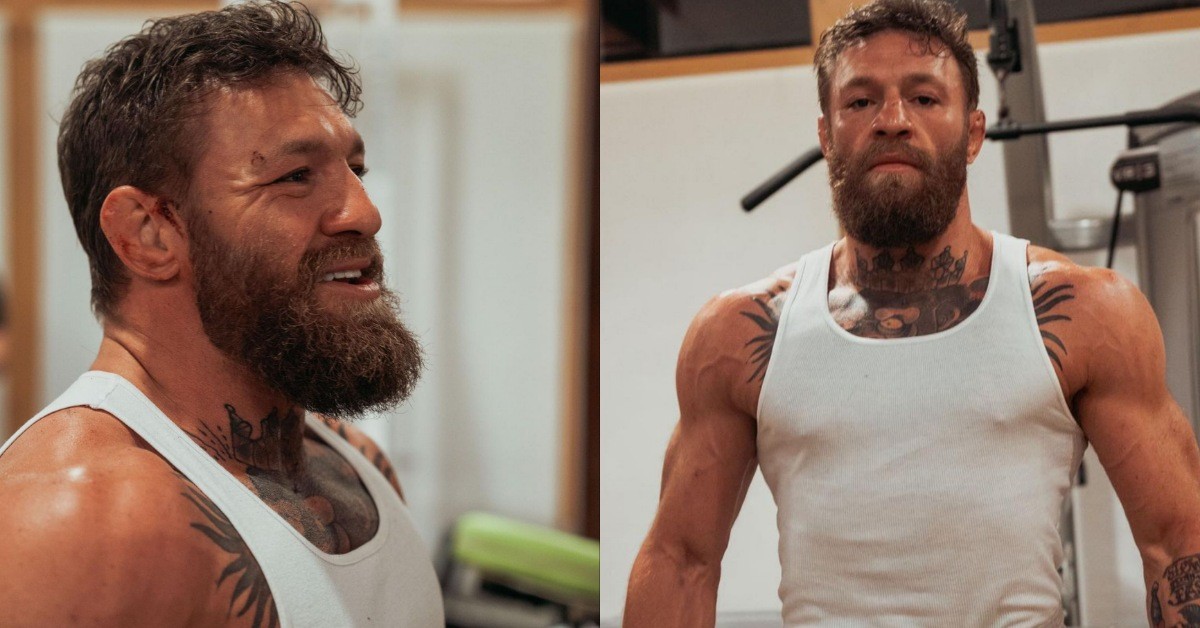 For his return fight in 2020, Conor fought Donald Cerrone at welterweight. His next two fights against Dustin Poirier took place at lightweight and he lost both at UFC 257 and UFC 264 respectively. McGregor also expressed his wish to fight for the welterweight title previously.

Hence, McGregor’s recent weight may just be an indication that Conor is done with the lightweight division. But fans online, joked that Conor is getting ready for him heavyweight debut.

Brigs a tear to my eye. I remember when you weight cut until you weighed less than my left leg. Now look at my boy all grown up. Just shows what good whiskey can do for a man.

Conor McGregor is currently not a part of the USADA drug testing pool. As a matter of fact, USADA did not test McGregor in 2022, even once. Hence, fans were asking questions regarding McGregor’s status in the UFC. Some even wonder if Conor retired or not. However, the Irishman put all the speculation to bed with a recent tweet. He wants to fight right after finishing up the movie.

I’m feeling crazy confident. Calm. Disattached from emotion. Aware of what I must do and making it happen. Visualizing. I see it all. Clear. This movie wraps, I’m back. I’ll have multiple fights completed by the time this movie even releases.

However, he may not be able to fight immediately. USADA regulations require a fighter to go through a six-month testing pool before they are eligible to fight. After UFC 280, UFC President Dana White also confirmed it during the post-fight press conference.

The next few months will be important to witness, as it will clarify which way McGregor’s career is going. He recently refused to take part in a $100 million rematch against Floyd. So, it is obvious that he wants to focus on MMA upon his availability. With his recent physique, will Conor look for a welterweight title shot immediately? Only time will tell.