The controversial UFC star Sean Strickland just shared a bizarre video of himself showering with an AK-46 machine gun. Take a look:

For those unfamiliar with the American MMA fighter, let's give you a little background on his turbulent rise to infamy.

Earlier this year, he took part in what was described as 'one of the rudest and most bizarre press conferences ever' ahead of his match with Jack Hermansson at UFC Fight Night 200.

Rather than discussing his opponent, he told reporters he was at a point in his career where he could 'say s*** and not get cut from the UFC'.

Strickland particularly came under fire for his homophobic comments after singling out a journalist and telling him he had a 'gay haircut'.

At another point in the press conference, he said: "I love gay men. Gay men are awesome. Lesbians, not so much.

"Lesbians hate me. Lesbians look at me like the guy that hurt them. I'm not the guy. I'm not your father. 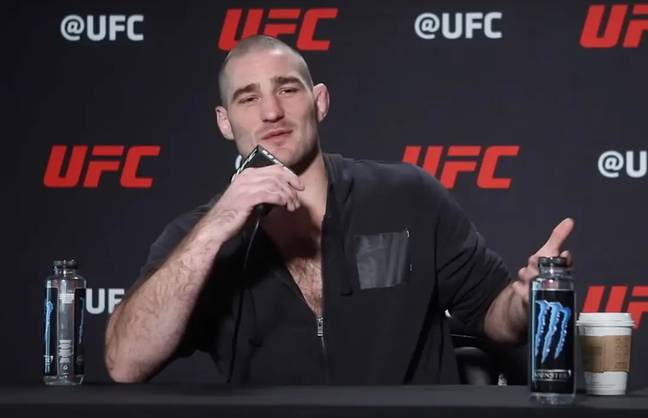 In May, the UFC star's Twitter account was temporarily suspended after he posted a number of tweets attacking the trans community.

"It’s not even June and I’m already sick of pride month," he wrote in one post.

In another message, which has since been deleted, he said: "I’m actually a fan of pride month. Big Fan of the ‘B’ in LGBT lmao.

In a separate Twitter rant, Strickland went into the issue of gun control in the US following the devastating Robb Elementary School shooting in Uvalde, Texas.

"I just gotta say countries that don’t have gun ownership [as] a human right really are pathetic," he wrote.

"'Germany hasn’t had a mass shooting', 'England doesn’t have mass shooting', blah blah you also don’t have f***ing men either so enjoy it you nutless t******s. That is all goodbye." 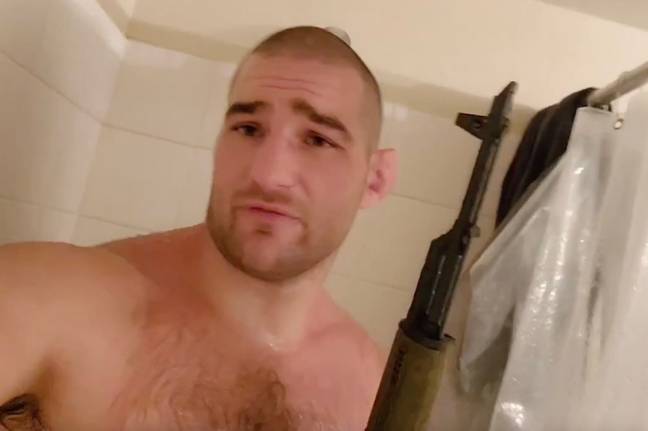 People were understandably baffled by the clip. Credit: Instagram/@strickland_mma

Now you know a bit about the fighter's psyche, you might not be all that surprised by his latest Instagram video - but it doesn't make it any less bizarre.

In the clip, he says: "I'm going to give you guys some advice... showering with your AK is the most f***ing American thing you can do. It's not f***ing weird."

Taking to the comments section, one person wrote, "Protect yourself at all times," alongside a laughing emoji.

"But the AK is actually a Russian weapon," pointed out another, while a third said, "This is the last person I'd trust with a gun."

If you’ve been affected by any of these issues and want to speak to someone in confidence, contact the LGBT Foundation on 0345 3 30 30 30, 10am–6pm Monday to Friday, or email [email protected]